Pine is a really lightweight scripting language but it still allows for the computation of basic signal processing processes. In this guide, basic techniques and tools used in signal processing are showcased alongside their implementation in Pine. It is recommended to know the basics of Pine before reading this article. Start here if you don’t.

A digital signal is simply a sequence of values expressing a quantity that varies with time. When using Pine, you’ll mostly be processing market prices as your main signal. However it is possible to process/generate a wide variety of digital signals with Pine. 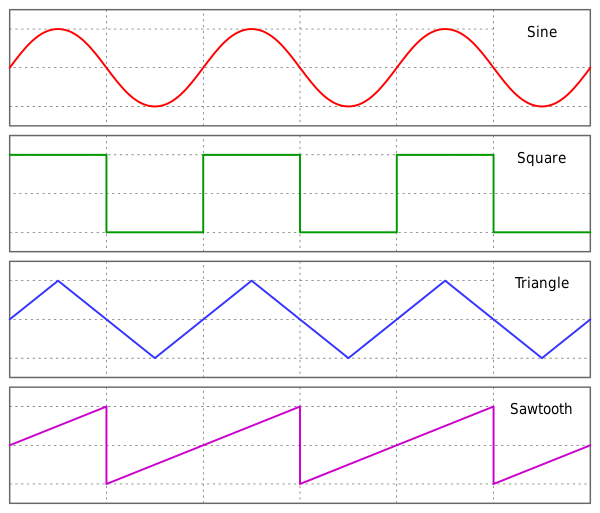 Periodic signals possess characteristics such as cycles, period, frequency and amplitude. The cycles are the number of times the signal repeat himself, the period represents the duration of one cycle, the frequency is the number of cycles made by the signal in one unit of time and is calculated as the reciprocal of the period or 1/period, and finally the amplitude is the highest absolute value of the signal.

The simplest periodic signal is the sine wave and is computed in Pine as follows:

As a reminder, bar_index is defined as the current number of close data points and is just a linear series of values equal to 0, 1, 2, 3, …

Other common periodic signals are:

The triangular wave computed in Pine is as follows:

The square wave computed in Pine is as follows:

The sawtooth wave computed in Pine is as follows:

% represents the modulo which is the remaining of a division and is not related to percentage here.

Note that those are not the only ways to compute those signals.

Convolution is one of the most important concepts in signal processing. Basically, convolution is a combination of two signals to make a third signal. The convolution is mathematically denoted by the symbol *, not to be confused with the multiplication symbol in programming.

For example the convolution of a signal f and another signal g is denoted f*g, in Pine this is done as follows:

where the step is equal to 1 when n is greater than length.

Because Pine allows for convolution it is possible to design a wide variety of FIR filters. A filter filter(input) is equal to input * filter(impulse) where * denotes convolution, or more simply a filter output using a certain input is the convolution between the input and the filter impulse response.

In Pine you can make filters using:

where w[i-1] are the filter coefficients (or filter kernel). Note that the sum of w must add up to 1 (this is called total unity). It is more convenient for w to be expressed as a function w(x).

When we can’t have total unity (the sum of the coefficients doesn’t add up to 1) we can rescale the convolution, which is done as follows:

Here w does not add to 1, however because we divide the convolution output by the sum of the coefficients (b in the script) we can get the filter without a problem.

You can also look at the following template which allows to design FIR filters.

The simple (or arithmetic) moving average (SMA) sometimes called boxcar filter can be made in different ways with Pine. The standard and most efficient way is to use the built-in sma(source,length) function as follows:

This code plots the simple moving average of the closing price of period length.

Another way is to use convolution with:

1/length is the filter kernel of the simple moving average.

An alternative way that allows a variable integer as the period can be made using the following code:

The Gaussian filter is a filter with an impulse response equal to a Gaussian function: 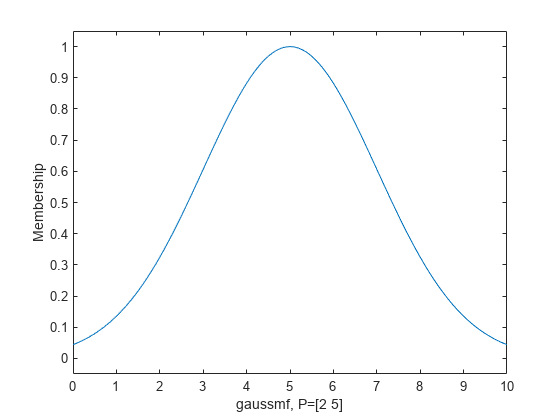 The Gaussian function is calculated using the standard formula:

with b = position of the peak and c = curve width. Pine can return an approximation of a Gaussian filter using the alma(input, length, b, c) function with b = 0.5.

A Gaussian filter can also be made in Pine via convolution using the following code:

Filters comes in different types, where the type determines how the filter interacts with the frequency content of the signal.

Low-pass filters are the most widely used type of filters. They remove high-frequency components—the noise—and thus smooth the signal. Most of the filtering functions integrated in Pine (sma, wma, swma, alma, etc.) are low-pass filters. 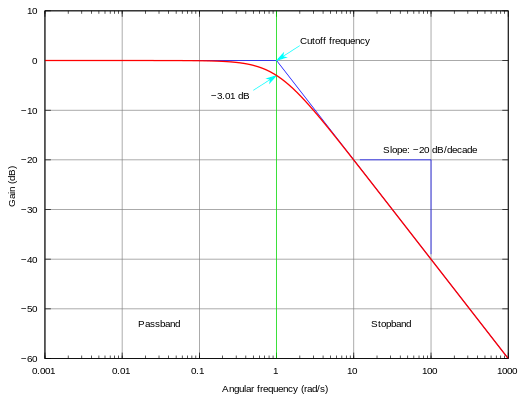 When the filter’s coefficients add up to 1, the filter is a low-pass filter. 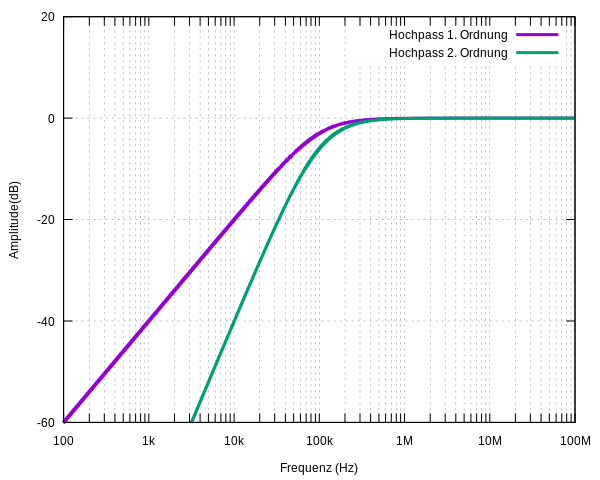 When the filter’s coefficients add up to 0, the filter is a high-pass filter.

In Pine we can use the integrated function ema(input,length) where α = 2/(length+1), or:

A matched filter is a system that maximizes the signal to noise ratio of the output. The impulse response of those filters are equal to the reversed input. Since Pine allows a variable index, we can build such filters using the following code:

where x is the input and y the signal of interest.

The first difference differentiator is the simplest of all differentiators and consists in subtracting the previous input value from the current one. In Pine this can be done with diff = input - input[1] or change(input).

The rectangular integrator is simply a running summation which can be made in Pine with the cum(signal) function, or:

For examples of DSP techniques used in Pine scripts, see my indicators here.